To the Descendants of Runners,

This letter is for those who like me, know that their reason for being an American is because someone before them ran towards the hope and promise they believed awaited them in the United States.

In my case, I am the proud granddaughter of a runner. Her running started early, leaving her small, rural coastal Caribbean childhood home in Limón, Costa Rica to the capital of San José. I imagine that at 17, she was running away from strict parents and boredom and running towards excitement and promise in the big city.

Like many women at the time, she married. She settled down. She had kids. Her marriage was not very successful. She settled. And the excitement and promise of the city eventually turned to frustration as her hard work never seemed to add up to enough to feed and support her family.

So she ran again. Alone, she left her three reminders of pride and joy with trusted, extended family and friends and went to find a better life for them all in “Ah-meh-ree-kah”(in my most West Side Story voice). She promised my dad, the eldest of the three, that she would soon send for them. After a year and a half, she did.

During that year and a half, I’m not sure how she survived. I do know that she worked as a maid for a family living on Long Island and saved up enough to get airline tickets and visas for all three kids. She also saved enough to find a studio apartment for all four of them in Park Slope, Brooklyn, and because my dad and siblings came over during the Fall, she also had enough money for winter coats.

Fast forward, and my dad was what I would call a wunderkind. He quickly worked his way up in the New York City education system, becoming a principal at 27 and a superintendent at 40-something. Having too many degrees to count and pretty much never saying “no” to me. Allowing me to go to a performing arts academy for high school and not finding it at all strange that this arts kid then wanted to go to law school and have a jewelry company on the side. My freedom. And his ability to give me that freedom came from a runner.

After this election, I have to admit I felt like running. I could probably get a job in my field in Europe, right? Maybe I could take a break and chill out on the beach in Costa Rica? But I realized I don’t have to run. Not only that. I can’t run. For running would be a slap in the face for those, like my grandmother, that had no other option but to run.

So I choose to not run. I choose to find a way every day to remind people that I exist. Whether it’s calling out those micro-aggressions, or having policy brainstorming sessions with my fellow activist-friends, or going to a yoga class and reminding myself that I am enough.

It’s easier said than done. And this pesky, very human thing that we do of adapting, of normalizing situations and going back to business as usual makes it all the more complicated.

But still I choose to not run. Or at least try. 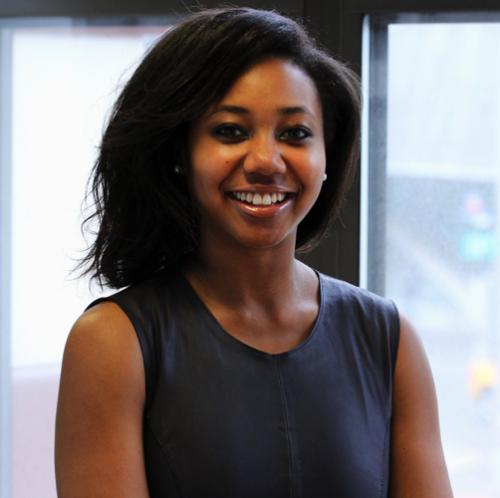 Daniella Henry works for the NYC Mayor’s Office of Recovery and Resiliency. Daniella has also worked in D.C. on economic investment and human rights on the African continent. More recently, she was a private sector advisor for Power Africa, President Obama's energy initiative on the African continent. Daniella also worked at the Innocence Project where she provided legal analysis for legislative efforts to prevent wrongful convictions. Daniella received her BA in journalism and law degree from the University of Connecticut. She is bilingual in Spanish and English, having lived in her parents’ native Costa Rica for 8 years.