Donald Trump's appointment of climate-change skeptics and deniers to key posts will have an undeniable impact on our environment and our future. While not as strong as they have needed to be, current U.S. commitments to curbing climate change will most likely dwindle away, sending a signal to the rest of the world. Those most affected will be those who have probably contributed the least to climate change: indigenous peoples who live close to their environment.

I have worked most of my life in solidarity with indigenous peoples and local communities in tropical rainforests, much of it with the Rainforest Foundation. Indigenous peoples with secure rights to their lands are the most effective forest protectors. We have seen communities win battles for their lands and resources against enormous odds, often in more difficult, national political contexts than the one we currently face. It's taken various strategies and tactics: years of community organizing, legal work, and mapping, as well as direct action on the ground (protests, self-demarcation of traditional lands, etc). International support and campaigns have also helped – ranging from bringing cases to the Inter-American Commission on Human Rights to sending letters and pens for officials to sign rights into law.

Closer to home, the Standing Rock Sioux just won a major battle, inspiring and leading a global movement. So, even while fighting climate change and defending human rights may be uphill battles over the next few years, there are good examples of solidarity; non-violent, direct action; and respect on which we can build. The fight to keep fossil fuels in the ground is one that spans the Arctic to the Amazon, from North Dakota to Ecuador, and needs everyone's support and participation. And these are battles we will win.

Program Director of the Rainforest Foundation US. 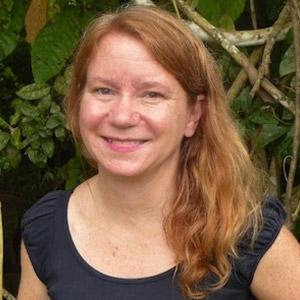 Christine Halvorson is Program Director of the Rainforest Foundation US, which she joined in 1999. Prior to that, she was Program Coordinator of Amanaka’a Amazon Network. She has worked on issues connecting the environment and social justice for the past 20 years, both in the Amazon as well as locally in New York City. She serves on the board of ABC No Rio, a cultural center in the Lower East Side, and has been active in various community-based initiatives.