As the year 2016 comes to a close, I am reflecting on our community’s history of struggle, resilience, and love. The coming years promise to bring new challenges, and it is easy to despair over what might lie ahead for our community. But I am writing to you to offer a message of hope.

On election night, as the results of the vote sunk in and the culmination of a campaign centered on white supremacy put into power a government explicitly invested in the same,  it became clear to me that our work is just beginning. Initially, I felt an impulse to give up the fight because it felt unimaginable to conceive of our continued struggle under these conditions. But particularly, as a white person, I also felt strongly that it is my duty to keep fighting; to take up the charge to dismantle white supremacy; and to put ourselves and our bodies on the line to support our family, friends, and colleagues of color. This means fighting even harder to stop the murders of black trans women and other trans women of color; standing in the way — legally, physically, and emotionally — of efforts to incarcerate and deport our trans siblings; standing in solidarity with trans people organizing against hateful, anti-trans laws like HB2 in North Carolina and the future bills we will see this current and upcoming legislative sessions. It means being visionary, creative, and unrelenting as we fight legal and political efforts to demean and dehumanize us. It means tagging each other into the fight when our colleagues and friends grow weary.

In the first months of 2017, the ACLU will be fighting in Court on behalf of trans youth affected by anti-trans policies and laws. We will represent Gavin Grimm before the Supreme Court in his fight against his School Board’s efforts to expel him from the common spaces used by all other boys. We will fight to take down North Carolina’s HB2 in court, and we will be showing up in legislatures across the country to stop a new wave of anti-trans legislation. When lawmakers attempt to roll back the legal protections our community fought hard to gain under the Obama administration, we will fight to build protections under state law and in court. When we are told that our bodies and lives are a threat to others, we will boldly stand up for each other and tell our stories and our rich histories.

When I feel lonely or scared about the future, I connect with other trans people, particularly our elders who have been surviving in the face of violence and discrimination for generations. I read the writings of visionaries like Reina Gossett, Janet Mock, Ari Banias, Eli Clare, and others. I learn the histories of Miss Major, Flawless Sabrina, Sylvia Rivera, and Marsha P. Johnson. I sit with the art of Laverne Cox, Zackary Drucker, Rhys Ernst, and others. I grow inspired from our youth leaders like Gavin Grimm, Juniper Cordova-Goff, L'lerrét Jazelle Ailith, and so many others standing up for trans lives. So many heroes in our beautiful community will continue to shine light on our visions for survival no matter what we face in the coming years. 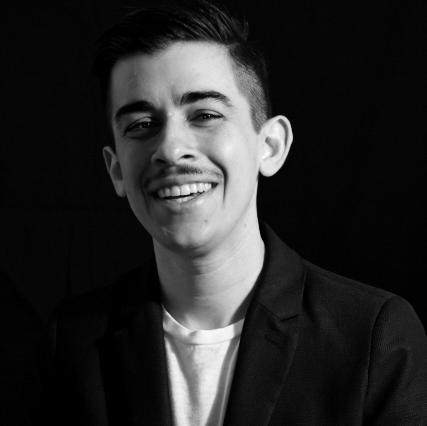 Chase Strangio is an attorney and activist who has spent the past 15 years working in movements for queer and trans justice. He currently represents Chelsea Manning in her lawsuit against the Department of Defense for denial of health care related to her gender transition and is part of the legal team challenging North Carolina’s anti-trans law, HB2. Currently at the ACLU, he previously served as Director of Prisoner Justice Initiatives at the Sylvia Rivera Law Project. In 2011, he founded a small bail fund to get people out of custody who were dually targeted by the criminal and immigration enforcement systems.