(to my son, and any sons and daughters who might be listening)

A few months ago, during the primary elections, you asked your dad, “If Donald Trump hates women, will he send Mommy away?” Your dad reassured you but later, when you were asleep, I reminded him that while Trump may not send your mommy away, he and his team have threatened to send other people's mommies away.

That same year, you learned about segregation. You informed us, over dinner, that “in the olden days,” people were divided by skin color. “We wouldn’t have been able to be together, “you told a friend sadly. We told you those days were long gone.

I’d also like to remind you, in case you forget someday, that the morning after the election when I told you that Trump had won, your response was: “I’m going to punch him in the penis.” And I told you that’s not the kind of battle we’re going to wage. I told you, “There is a fine tradition of rebellion in our country,” and I told you everything I could remember about the American Revolution. You asked how many guns they had, and I said they didn’t win because of guns; they won because they were on the side of freedom. And, like the rebels in Star Wars, they used their brains and their hearts. And the Force. “They had blasters in Star Wars,” you reminded me frowning.

And while we may not use blasters – please, God – make no mistake, we are part of this new revolutionary war, fighting for freedom however we can. I don’t know what it’s going to look like. I’d like to tell you that it’s going to be peaceful. But I can’t make promises. I do know, I will always encourage you to follow the path of kindness and justice. And try not to kick anyone in the penis.

And on the topic of scared old men, I’d like to warn you: be wary of White America. As a Jew, you will never be white enough for most of them. Even when our friends see you as one of “them,” you must know that you are not. You come from Polish peasants, Jews who ran from pogrom to death camp to America. And you must never stand by while any other group is threatened the way your people were once threatened. You must stand on the side of the oppressed. The Buddhists say, “Remember, you came to free all sentient beings.”

And so I will also remind you that just this morning you asked me what the word “ethical” means. I tried my best to find language appropriate for a just-turned-six year old. But I want it to be your job in the coming years, for the rest of your life really, to find an adequate definition for that word – and then, live by it.

Nobody knows what’s coming. But we’re going to be radical love warriors. We’ll stand strong, together, in the face of whatever comes. And we’ll keep each other happy while fighting. Remember Emma Goldman, a kickass Jewish lady who told us to find a revolution we can dance to.

Never doubt that you are up to the challenge. Within you, there is a piece of whatever we think of as God. Within each of us lies the antidote to hatred. And we need that medicine, now more than ever.

Bring it forth, please.
Love, 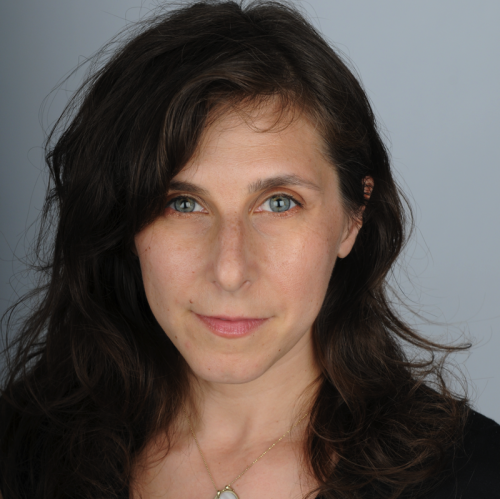 Brooke Berman is an award-winning playwright, screenwriter, filmmaker and memoirist whose work has been produced and published across the US and abroad. Her play Hunting and Gathering, which premiered at Primary Stages, directed by Leigh Silverman, was named one of the Ten Best of 2008 by New York Magazine. She is currently developing A MODEL CITY with Leigh Silverman and is in pre-production for the feature POLLY FREED, based on her play OUT OF THE WATER. Brooke’s plays have been produced and developed across the US at theaters including: Primary Stages, Second Stage, Steppenwolf, The Play Company, Soho Rep, Williamstown Theater Festival, Naked Angels, MCC, New Dramatists, New Georges, The Womens Project, The Humana Festival, and The Bay Area Playwrights Foundation and many, many others. In the UK, her work has been developed at The Royal Court Theatre, The National Theatre Studio and Pentabus. As a filmmaker, Brooke wrote and directed the short film, UGGS FOR GAZA, which premiered at the Aspen International ShortsFest and won Audience Special Recognition. ALL SAINTS DAY, a short film she wrote, directed by Will Frears, premiered at the Tribeca Film Festival and won Best Narrative Short at the Savannah Film Festival. She adapted her play SMASHING for Natalie Portman and has written features for The Mark Gordon Company, Vox, Red Crown, and Fugitive Films. Brooke’s memoir, No Place Like Home, published by Random House, was called “Highbrow/Brilliant” by New York Magazine’s Approval Matrix. Brooke attended Barnard College and is a graduate of The Juilliard School. She is a member of the Dramatists Guild, PEN and an alumna of New Dramatists.